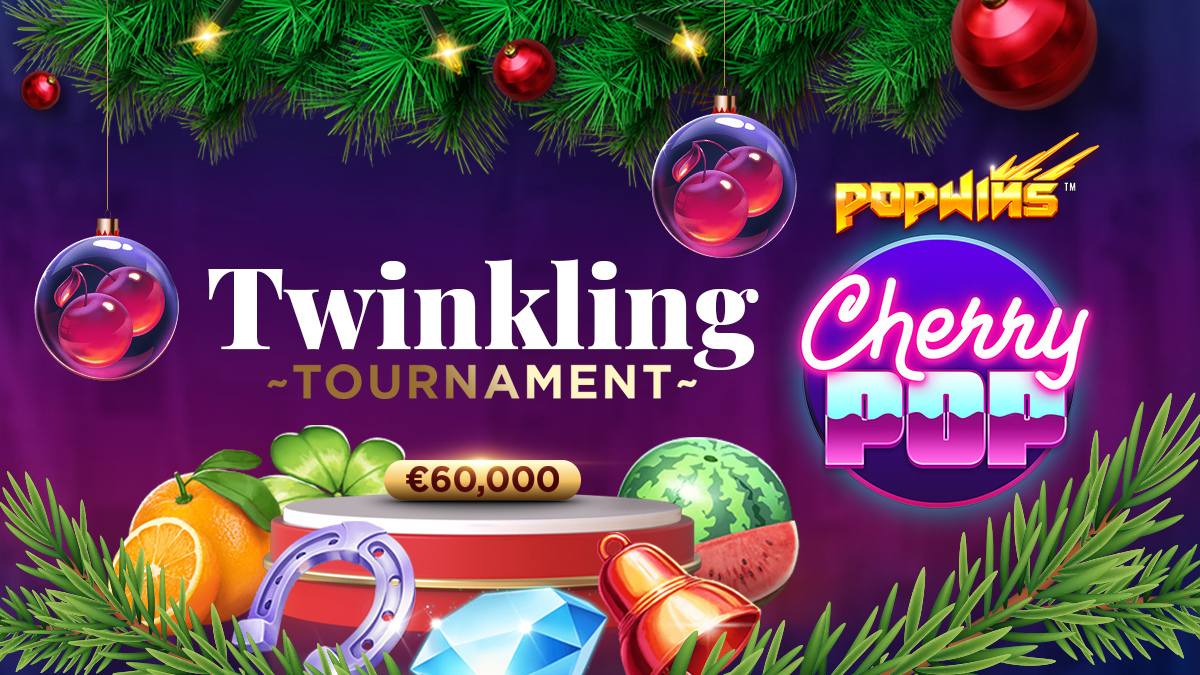 From 16th – 22nd December, take part in the cheerful and jolly Yggdrasil Tournament where €60,000 is set to be won. Play CherryPop™ during the campaign period and compete against other players for a spot on the leaderboard!

1. Tournament is a global campaign and it is open to all customers who are aged 18 years or over and have registered an account with the operator offering the participating game: CherryPop™. Tournament is available in play for real mode.

2. Following their first win in the participating game, players will be provided with a unique tournament id number (“tournament id”), which will identify them on the leaderboard, which is available in the game’s client.

4. Each player’s score in the leaderboard is based on the sum of highest multiplier wins (win to bet ratio multiplied by 20) in any spin in all selected games during the tournament period.

5. If there are two or more equal scores, the player who scored first will have the higher ranking on the leaderboard.

6. The highest score achieved throughout the campaign period by each player will count for their leaderboard ranking.

8. Cash prizes from the leaderboard will be credited to the players’ accounts after leaderboard is over. For operators who have automated payouts implemented, the cash prizes will be automatically credited to the players’ accounts as withdrawable funds. To display the prize accordingly in their balance, players will need to reopen any Yggdrasil game once the leaderboard is over. For all other operators, prizes will need to be credited as cash (no wagering requirements) manually within 72 working hours.

10. Yggdrasil reserves the right to amend or cancel the campaign at any time.

– Prize pool for this campaign is set up in EUR and might be subject to currency conversion fluctuations.