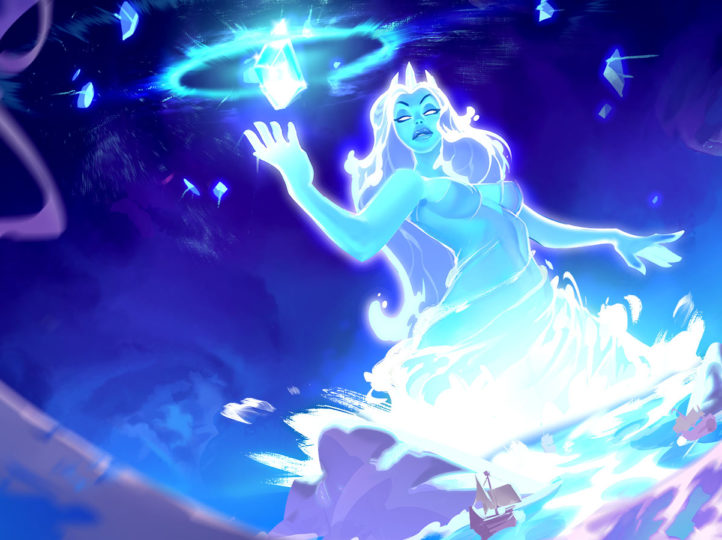 BountyPop™ slot is the 4th slot from the PopWins™ series. Offering a spooky pirate theme that recreates the feeling of a classic video slot spinner in an arcade, the game’s energetic style and bright graphics, makes it’s a winner for anyone looking for that feel-good factor. Let players walk the plank with one of the best trending feature slots, released in 2020. 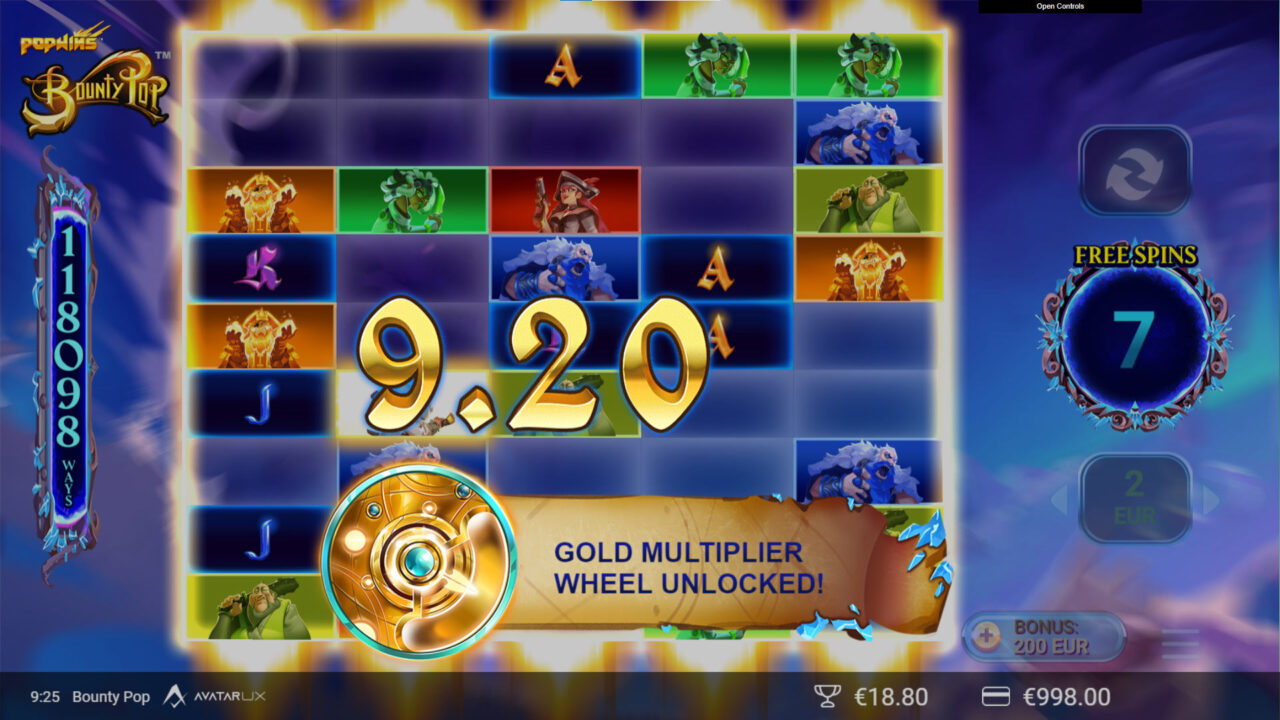 The legendary pirate ship theme of the BountyPop™, awaits players who have the hardy sea soul needed to climb aboard and join the motley crew. With an ethereal style seascape, BountyPop™’s reels are backed by the crew’s battle cries, with drumbeats and valiant violins echoing from the waves.

The seven seas are laced with the potential for glory and gold, if the sea gods and goddesses hand players good fortunes – with the action playing-out with a dramatic cinematic feeling across the five reels. With 243-59,049 paylines, the action comes thick and fast, as symbols cascade onto the screen with a thrilling feature slot style. Each symbol triggers with a unique sounds and animations, while the bonuses add graphical allure and a feeling of immersion in the pirate adventure.

BountyPop™ slot’s five reel design, features an impressive line-up of 12 basic symbols – with one Super High Captain Pirate symbol, seven High Pay Pirate symbols, and four Low Pay A, J, K and Q icons. With a range of bet sizes to select, the real-world rewards are dependent on the value of the triggering bet.

The Super High Captain Pirate symbol, pays out 2x the triggering bet for spinning-in two symbols, 5x for four symbols and 10x for five on a line. This rogue Pirate is easy to spot – he has the classic black crossed eyed patch and and sinister ‘walk the plank’ vibe!

The seven High Paying Pirates, offer an array of potential rewards for landing 3-5 symbols, ranging from 0.5x to 6x a triggering bet size.

Thanks to an average hit rate of 20%, riding the seas on the BountyPop™, can typically offer the potential for great value slot sessions – helping players extend their sessions in search of the bonus rounds and potentially hot spin clusters. 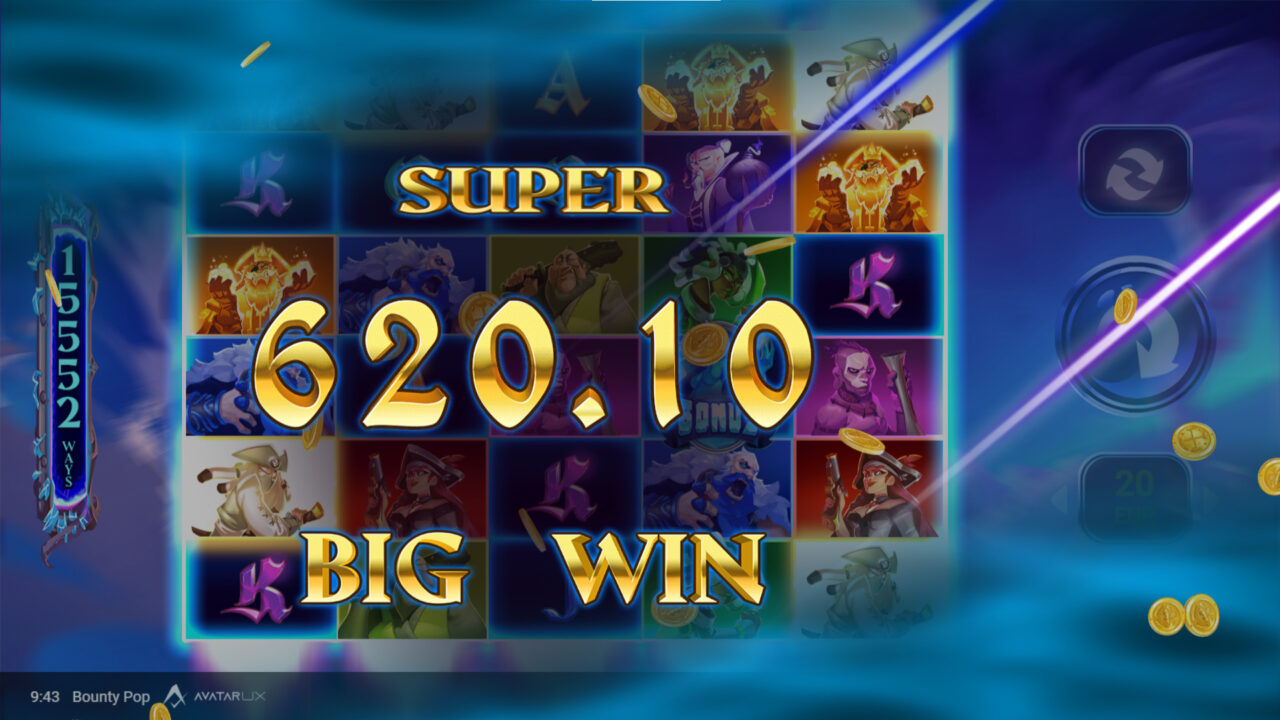 BountyPop™ is spinnable with bets ranging from €0.20 to €20.00 and has a generous 96% RTP and 20% base game hit rate. With a maximum win of 55,000x on player’s bet, the machine can pay out a max reward of €11,000 to €1,100,000! BountyPop™ also features plenty of volatility, replicating the  up and down luck experienced by intrepid pirates on the high seas – meaning if your luck’s in, you could encounter some exciting high sea treasure.

BountyPop™ has an arcade slot machine feel and 5 x 3 reel set, that can help players walk the plank in search of rewarding features, including the Popwins™ mechanic, free spins, buy bonus option and the mystery wheel we saw in CherryPop™.

With BountyPop™ slot having 12 base game symbols, spinning-in combinations of 3, 4 and 5 symbols, offers a range of rewards ranging from 0.5x to 10x the triggering bet size. The fast-paced spins, epic sound effects and animated wins, make this a game that payers want to keep on spinning.

The net result is a game with diversity when it comes to payouts, with the machine having a betting range between €0.20 and €20.00. Whatever the spin level, BountyPop™ can come-up with some hot rewards, if gamers get some luck. 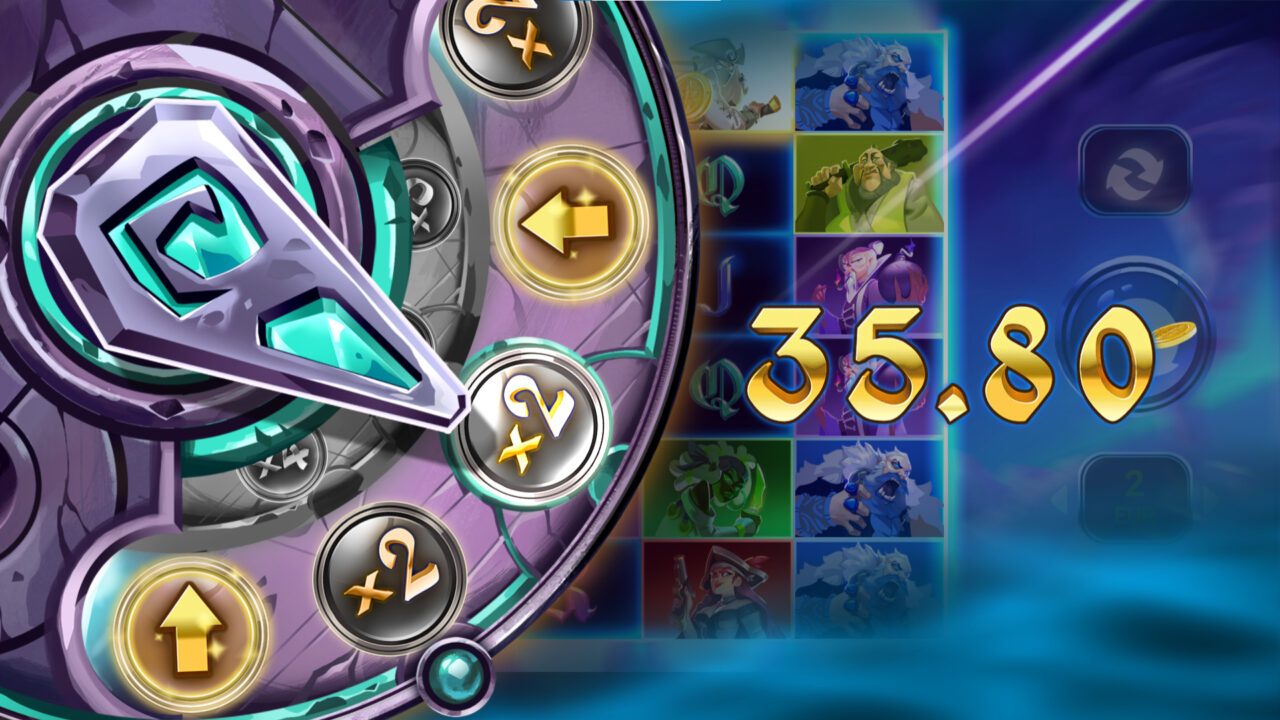 BountyPop™’s bigger wins can reach super high levels, by getting lucky with the bonus mechanics.

The classic PopWins™ feature is back again! Activated on every hit, the feature clears winning symbols and replaces them with two new icons, making the reels expand up to six rows high – and nine in Free Spins.

Spinning-in 3-5 of more scatters triggers 6, 9 or 12 Free Spins, respectively. With reels expanding up to nine high, this powerful bonus can create up to 59,049 ways to win! Gaining six symbols high in the Base Game triggers Base Mystery Wheel, while ending Free Spins with all nine reels expanded, unlocks an enhanced Mystery Wheel. Players can progress through Base, Bronze, Silver and Gold wheels with different prizes on the inner and outer rings.

The Bonus Buy feature is also back, which lets players buy the bonus for the cost of x75 their stake.