You will find Wild Wins and Wild Pops in this second game in our PopWins™ series! 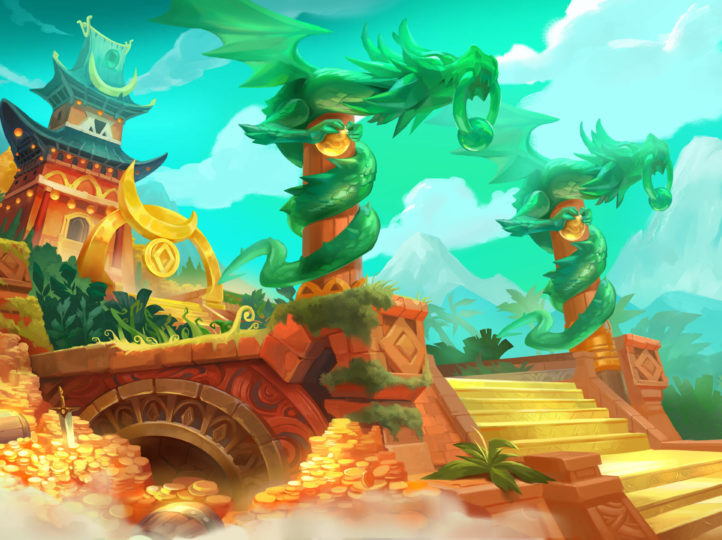 The WildPops™ slot is the second instalment in the AvatarUX PopWins™ series, following on from the success of the original PopRocks™ slot. Once again built on the Yggdrasil Masters platform, the WildPops™ base game offers high potential for standard slot wins, however the real payout power is unlocked with the game’s bonus features. The slot’s oriental theme has an alluring aura of opportunity that showcases the powerful PopWins™ feature, a real crowd pleaser for your casino lobby.

Just like its predecessor, PopRocks™, WildPops™ is loaded with the special PopWins™ feature. With four games now in the PopWins™ series, this bonus has become a feature that slot players are increasingly familiar with and drawn towards. After every winning spin on WildPops™, the feature ‘Pops’ to create new symbols and boosts the chances of creating more winning combinations. The PopWins™ feature, is a great way to attract and retain players, since the wins can roll-over on hot streaks, causing the reels to expand up to seven high, creating up to 33,614 ways to win! 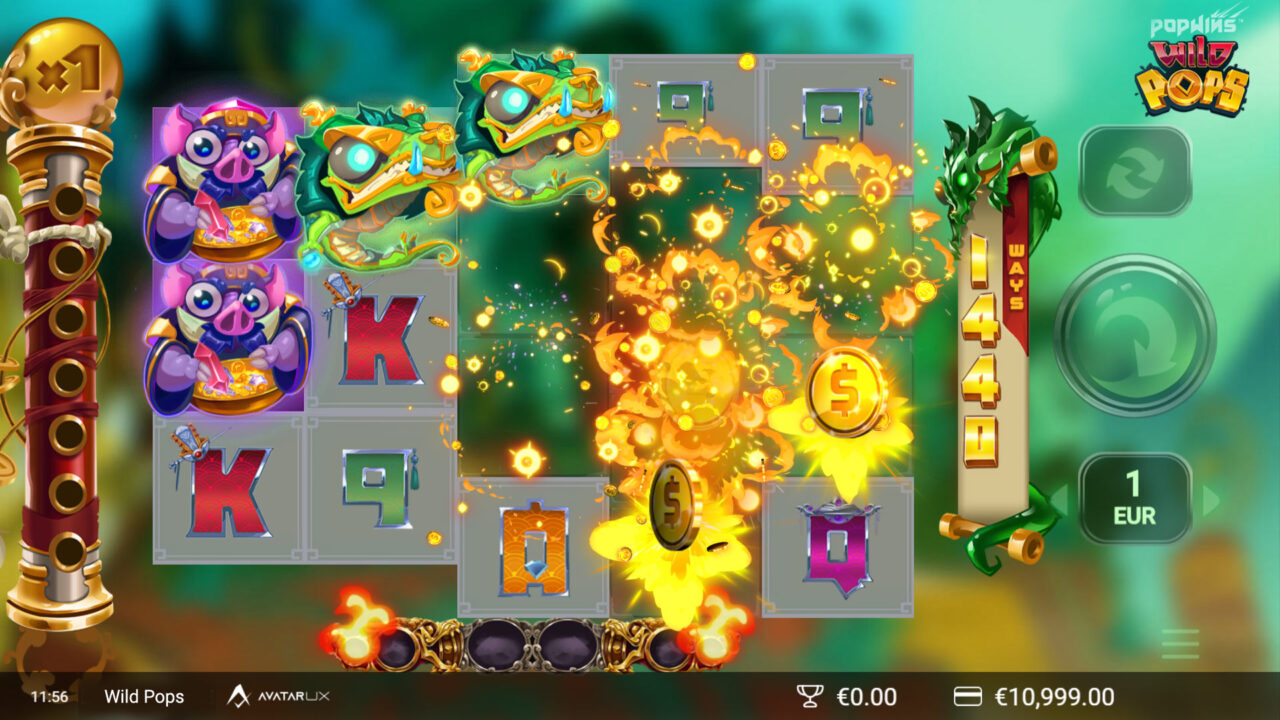 WildPops™ features a win Multiplier than adds a x1 multiplier, whenever a player collects seven ‘Pops’ in the Pop Vault. The combined power of the PopWins™ and Multiplier features, can take the luckiest players, all the way to wins as high as €2188 on the minimum stake and €547,050 on the max bet. 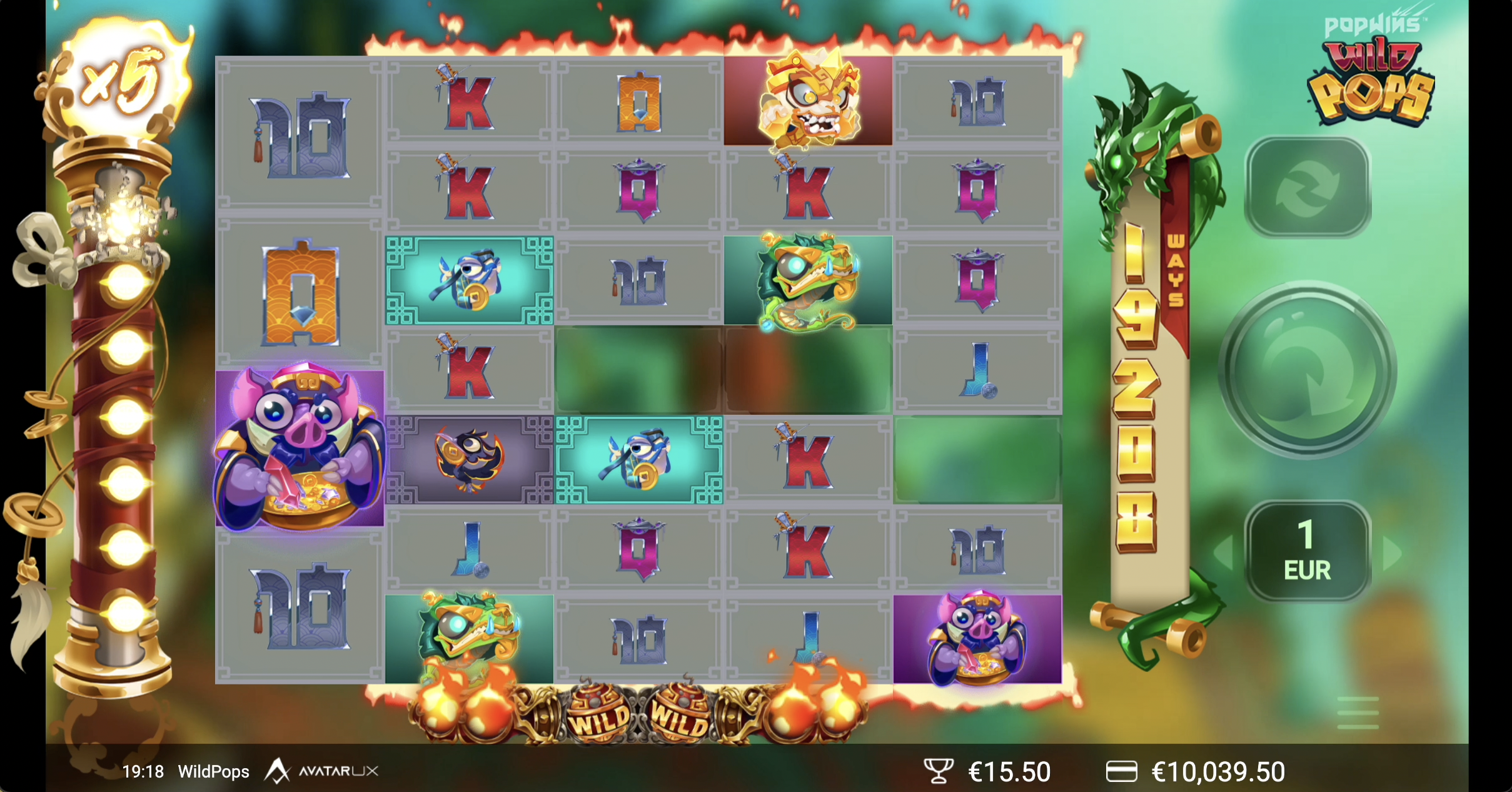 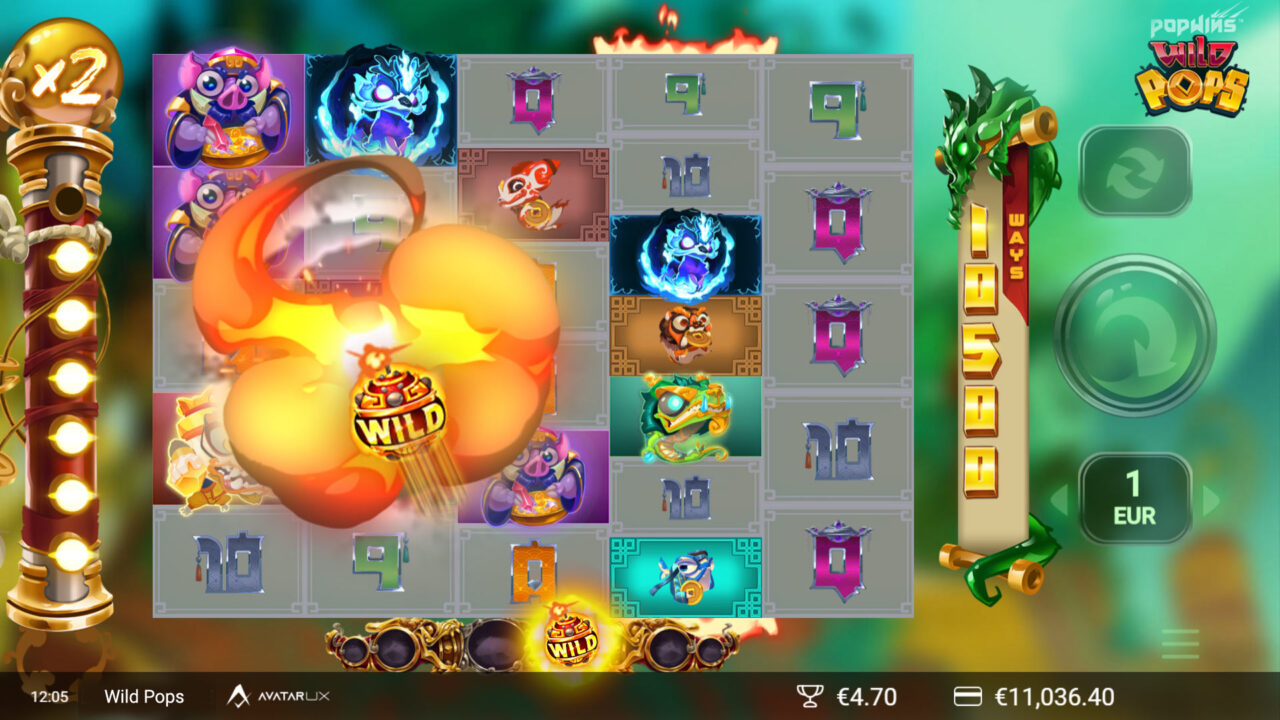 The final feature of WildPops™ is the Bonus Mode! Activated when a player manages to expand the columns seven high, this bonus awards three Extra Lives, one of which is used to extend the player’s go, when the reels feature no wins 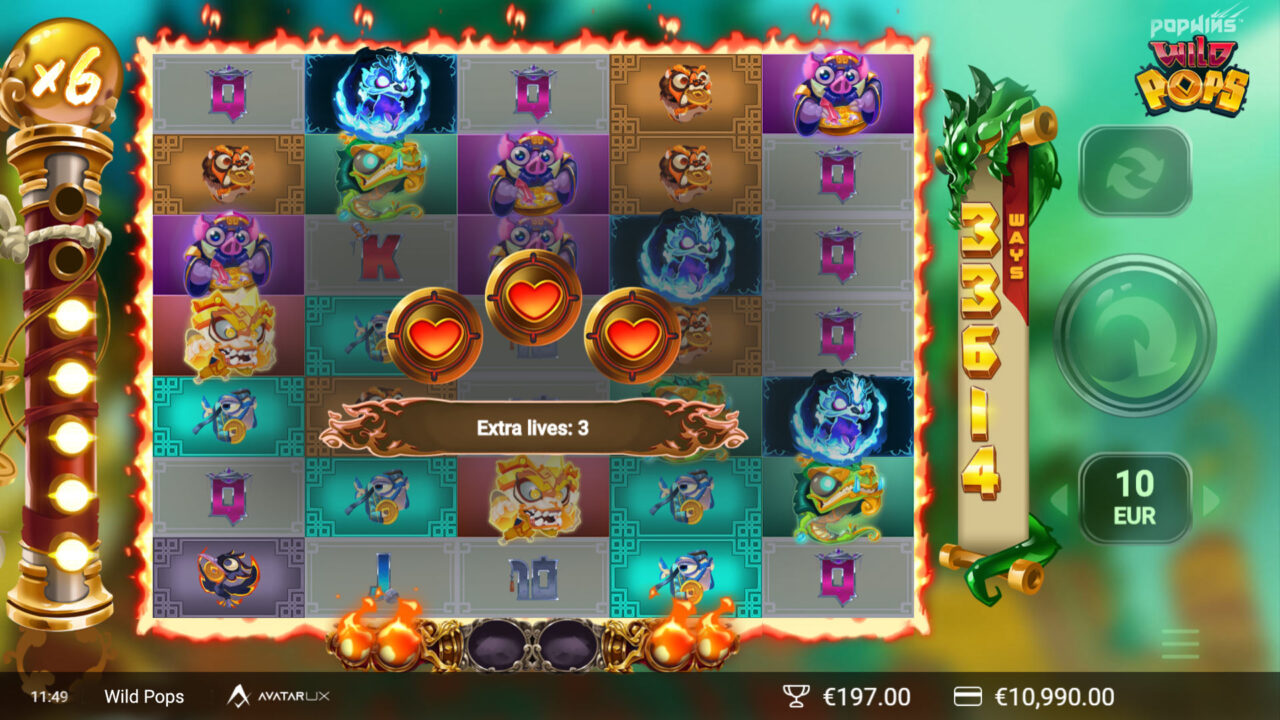 AvatarUX gets top marks for this slot. It is clear to say that it is going to be a massive hit with the players and will provide you with hours of entertainment.

WildPops™ is another exciting slot in the PopWins™ series